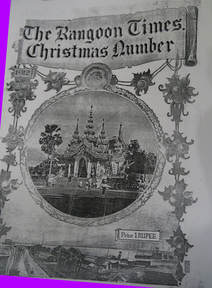 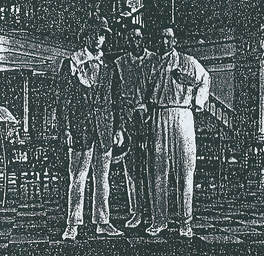 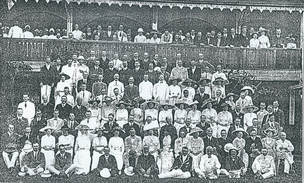 Rangoon Musical and Dramatic Society
Cast and Chorus of “Florodora” at Rangoon, 1913.
ADVERTS. 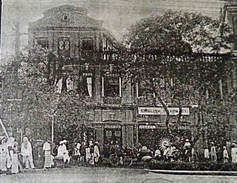 ENGLISH PHARMACY
1910 - Progress in Pharmacy - 1913
In the present day rush and bustle the dominating idea is to look well ahead.  It is sometimes advantageous, however, to consider the past and to profit by mistakes or successes made as the case may be.  The ENGLISH PHARMACY, (Sun Drug Co.,) upon its inauguration passed through many vicissitudes, but since the middle of 1910, when the entire management was changed, there has been a very marked improvement in its business and it would appear that they have benefited by a retrospection and change of the former business police of the company.  Today it certainly ranks as one of the leading European Drug Stores in Rangoon and its increased business has necessitated an extension of premises as shown above.  The store itself now occupies the whole of the area which previously included the Medical consulting Rooms.  These have been removed to the adjoining building, entrance to which is gained from the store.  The Consulting Rooms are well fitted up and a very comfortable waiting room has also been provided, fitted with electric lights and fans.  That the enterprise of the management has been appreciated is evident by the largely increased business of the company and it is confidently anticipated that the further provision which has been made for the accommodation and comfort of its patrons, together with polite and intelligent attention, combined with prompt and careful execution of all orders, will lead to an even greater success.  ... 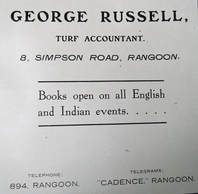 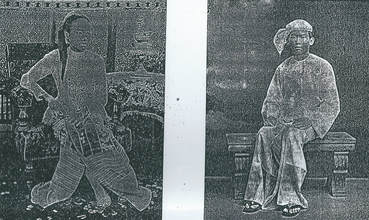 A sports review by A.H. Wooster together with photos can be found here
CLUBS
INDIVIDUALS  &  MISC. 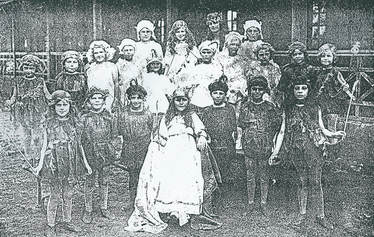 Children’s Theatricals, The King’s Own. Regt. at Maymyo, May 1921

The Examiners and Instructors of the Police Training School at Mandalay
ADVERT.
1922
WEDDINGS 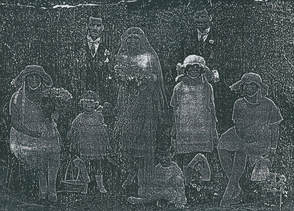 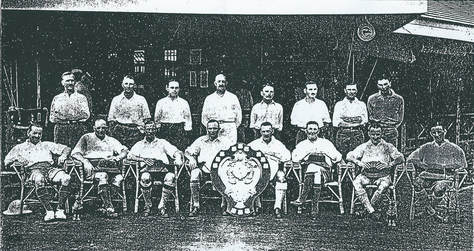 Rangoon Golf Club, International Teams – England vs. Scotland, 1922
INDIVIDUALS  &  MISC.
The above photos were taken on 1st February 1922 at Kanoungto, on the occasion of the laying of the foundation stone of Messrs. Steel Bros. new mill by Mr J.A. Swan, the General Manager.  Mr Swan was on the eve of retirement and the opportunity was taken to bid farewell to him.  The place was gaily decorated with flags, streamers and bunting and, especially at night, when lit up with numerous pretty Chinese lanterns, looked most attractive.  Mr Swan, who had been in Burma for about 23 years, during which time, by his geniality, unfailing courtesy, innate good nature, kindness of heart and fairness in all his dealings, he had endeared himself to all who came in contact with him, whether employee or friend.  Mr Swan has joined the London Office of the Firm. 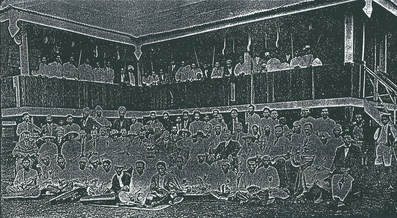 Mr & Mrs Degenhardt
A ​Farewell Party in their honour at the Asiatic Club, Namtu, March 1922 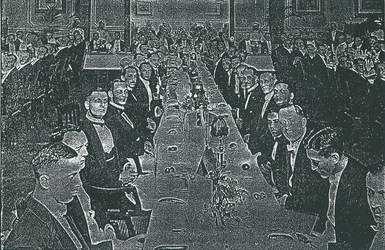 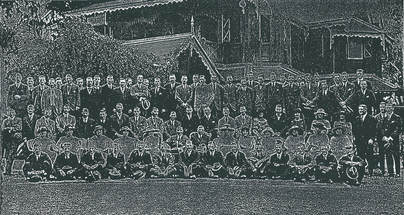 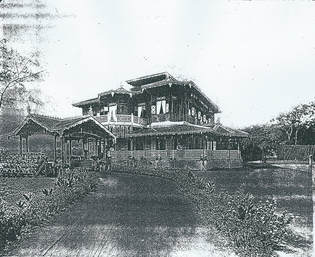 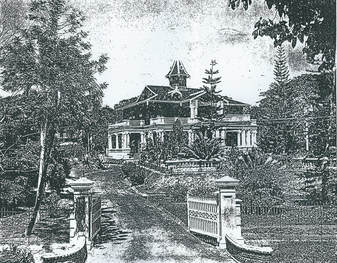 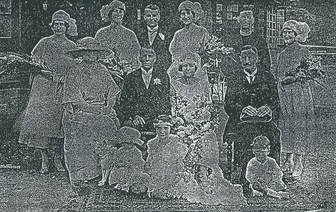 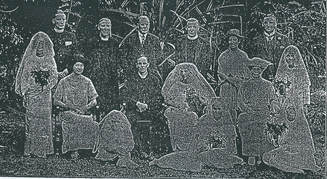 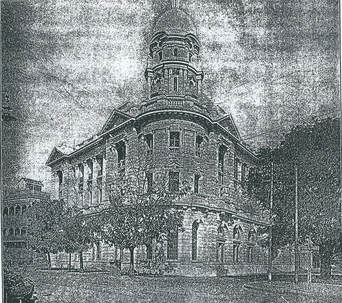 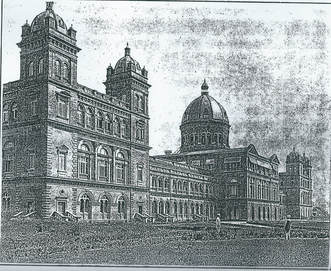 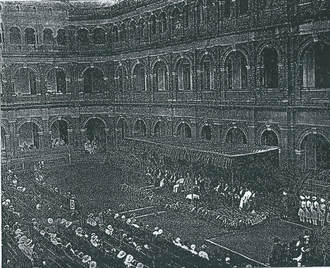 Opening of the High Court 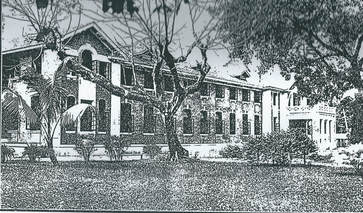 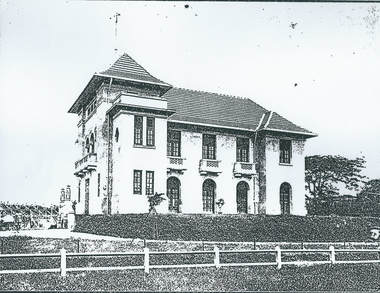 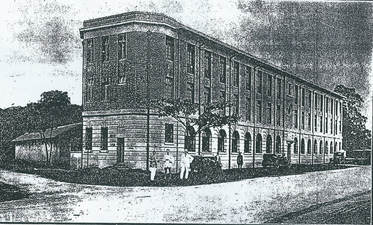 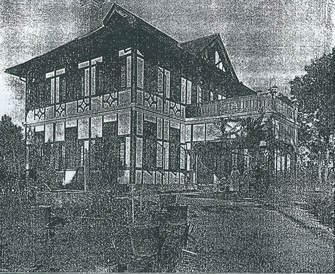 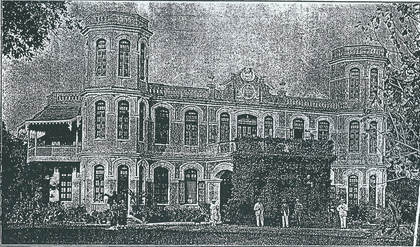 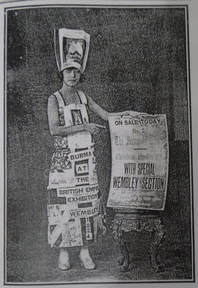 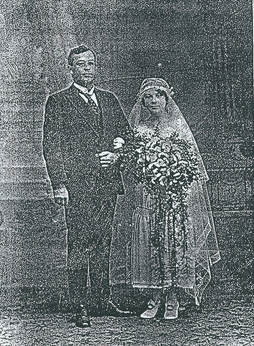